DTCC has successfully conducted one more SmartSolo® 3D field trial in Midland, Texas, from 16th to 20th of January 2017.  This was the fourth field test of this smart seismic sensor product developed by DTCC.

For the test, 455 units of SmartSolo® smart geophones (IGU-16 units) were deployed side-by-side with the same number of channels of another commonly used nodal system.  The purpose of this test was to demonstrate the deployment efficiency, data downloading efficiency, seismic data quality and all software features.

The test proved that the software and hardware features of SmartSolo® meet the requirements of seismic field operations. It also demonstrated a higher deployment efficiency, faster data harvesting and the same data quality as other seismic data acquisition systems on the market. 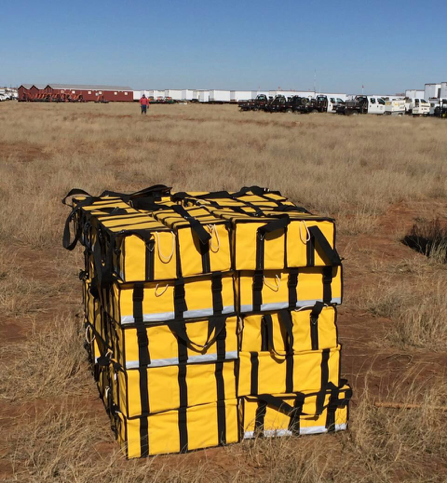 Figure 1 shows 500 channels of SmartSolo®.  SmartSolo® is about 1/3 of the volume and 1/4 of the weight of the comparison nodal system.  In total, 455 SmartSolo® units were programmed with 2ms sample rate, 24dB gain, minimum-phase anti-alias, 1 Hz low cut filter, and continuous recording mode.  They were laid out in 7 lines and allowed to continuously record for 2 days. 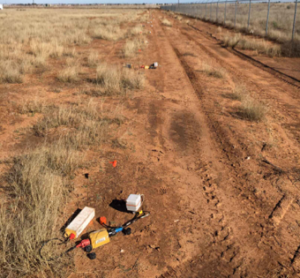 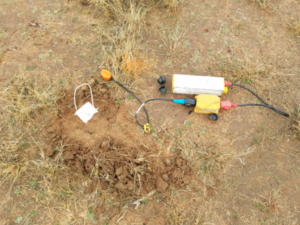 The SmartSolo IGU-16 is an all-in-one unit including the battery and geophone.  The IGU-16’s used in this test contained a DT-Solo® 10Hz phone.  The comparison system used a similar geophone from the manufacturer of that system. 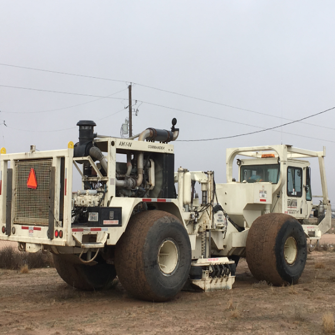 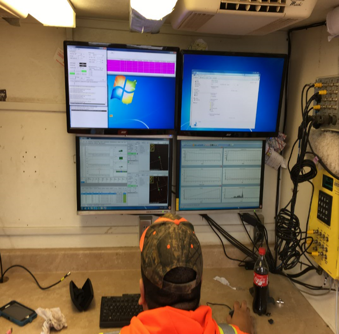 Two vibrators were used as the energy source, and swept alternately (ping-pong).  The source control system was a UE II with SourceLink@ software, as shown in Figure 3.  A total of 398 VPs were shaken, over a 6 hour period. 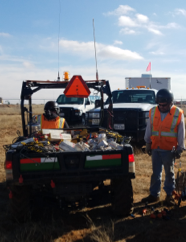 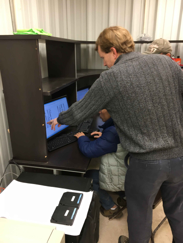 After retrieval, the IGU-16’s were offloaded.  The two days continuous recording had produced approximately 230MB of raw data on each.   They were loaded into the Data Harvesting Rack, 32 units at a time.  Offloading the entire rack took only 12 seconds, as the data transferring rate is above 20MB per second for each slot. The internal test results, GPS status, battery, memory, temperature, and other data recorded in the field, could be QC’ed through the SmartSolo software. 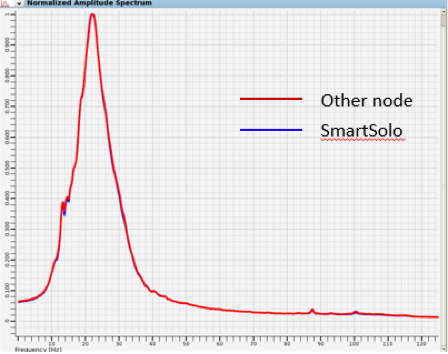 Figure 4: Frequency analysis (comparison system on the left and SmartSolo® on the right) 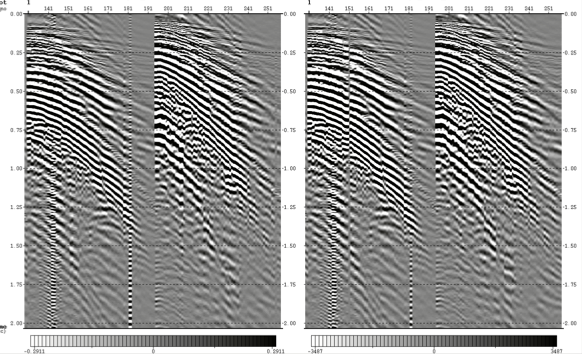 Figure 5: Shot Gather (comparison system on the left and SmartSolo® on the right).

Figure 6: Stacked Data (comparison system on the left and SmartSolo® on the right).

As shown in Figure 4, Figure 5 and Figure 6 above, the SmartSolo® system obtained data as good as the comparison system.  Even after rigorously comparing the wave forms, signal to noise ratios and spectra, no differences were detected between the two systems.

“These field tests in different areas of the world have demonstrated that SmartSolo is now a fully functional seismic data acquisition system and is ready to be commercially released to the market.  Now the industry has a really cost-effective and highly efficient tool for running ultra-large-scale high-density acquisition.”

They announced the world’s first smart seismic sensor, SmartSolo®, at the SEG in Dallas, Oct. 2016.